Do you also like Greek music?  Who is your favorite singer?
We here present you… Eleftheria Arvanitaki! A renowned Greek singer with a career that spans four decades and is a strong favorite among Omilo students. Let’s learn more about her life and work!

Who is Eleftheria Arvanitaki

Eleftheria Arvanitaki is a Greek singer, born in 1957, and raised in Piraeus. Her music combines elements from folk, entechno and rebetiko Greek music. It also draws influence from both the Orient, the Balkans and the West. The songs will remind you of the rhythms from the dances of the traditional Greek glentia (feasts).

Arvanitaki started singing professionally in 1980 as the lead singer of the group Οπισθοδρομική Κομπανία (Opisthodromiki Compania, en. Backwards Company). Her voice immediately stood out in the Geek music scene, and she left the band in 1984-5 to pursue a solo career. Ever since she has collaborated with important Greek composers and songwriters as well as artists from all over the world, including the Greek actor and composer Vagelis Germanos, Dionysis Savvopoulos, Manos Hatzidakis, Lina Nikolakopoulou, Stamatis Spanoudakis, the Portuguese Dulce Pontes, the Spanish Amaral and Carlos Nunez, the Armenians Ara Dinkjian and Arto Tuncboyacian, and the academy award-winning composer Philip Glass.

Besides Greece, she has toured around the world to participate in festivals and events as well as solo performances. In 2004, she sang at the Closing Ceremony of the Athens Olympic Games.

For the song „Makria Apo Tin Trikymia“,  its video clip was filmed on Syros island, in an area of Hermoupolis,  called Vaporia – this is a location we often visit, during the Omilo Greek Language courses on Syros island,  since it’s particularly popular among our students.
Click here to watch her video clip, and take a look at the Vaporia area ;-): https://youtu.be/kKUgWxA0BFQ

Will you sing a song with us? Our students enjoyed learning one of Arvanitaki’s big hits during our summer Greek courses , Το Μηδέν (Zero), which has a slightly south American vibe.

Click on the link to listen to her song: https://youtu.be/FZ1PdZ8Ibww

and read the lyrics both in Greek and English below

Curious how students and Omilo-teachers sing and dance while learning the song with teacher Eva ?
Then click on the video below, and get into the atmosphere of a summer evening with Omilo 😉

Below are the lyrics both in Greek and English

Are you interested to learn more about different genres in Greek music, including;

Click here for the special offer, and receive your 4 eBOOKS (printable versions) 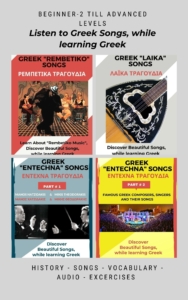 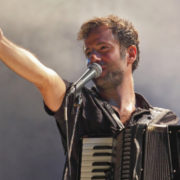 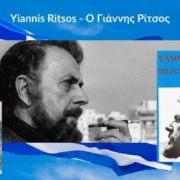 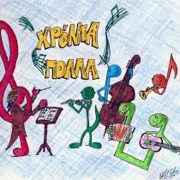 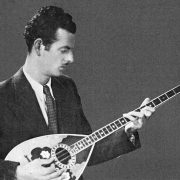