Thessaloniki, or often called “Salonika”, is the second largest city in Greece, after Athens. As we have written already many times about Athens, it is now time to introduce you to some secrets of Thessaloniki!

Let’s get in the right mood first and listen to the song every Greek knows and can sing along: “Thessaloniki mou! – Θεσσαλονίκη μου!”

(if you want to follow the Greek lyrics and English translation, you can find them at the bottom of this article)

For your information, every year some students participating in our Greek courses on the island of Lefkada, book a flight to Thessaloniki and then drive to Lefkada. An interesting journey through Northern Greece and an idea to add to your “holiday list”!

As most big cities in Greece, of course also Thessaloniki has several archaeological sites, of which the Paleo Christian and Byzantine Monuments are recognized by the UNESCO World Heritage (LINK http://whc.unesco.org/en/list/456).
If you want to plan a tour through the city, you can find an overview and explanation of the sites on the following websites:
http://www.enjoythessaloniki.com/visit/ancient-monuments/http://www.visitgreece.gr/en/main_cities/thessaloniki

The beautiful seafront of Thessaloniki is the part every tourist discovers first. It has been realized with the help of EU funding in the period between 2007 and 2013 with the aim to create a relationship between the city and the seaside. The reconstruction of the area is a project that has as a goal to create jobs, attract more visitors and increase the ‘green zone’ in Thessaloniki.

Most students or tourists that plan to visit Thessaloniki, fly  to Thessaloniki with direct flights from abroad, or with a stop-over from Athens.
From Thessaliniki you can also rent a car, and explore Northern Western Greece. Click here for some more tips about Ioannina and the Zagoria area.

If you like climbing mountains, then for sure climbing the Mount Olympus, should be added to your « to-do-list ». It is the highest mountain in Greece (a bit shorter than 3000 meters) and only one hour drive from Thessaloniki, to arrive in the village of Litohoro, where most climbers stay overnight. Here you can equip yourself with maps, guides and any other equipment you may have forgotten to bring with you.
And for the Greek Mythology lovers, Mount Olympus was the home of the 12 Ancient Greek Gods. 🙂 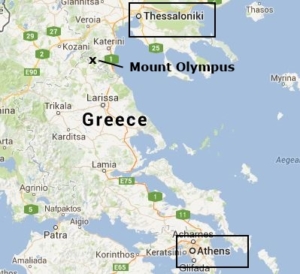 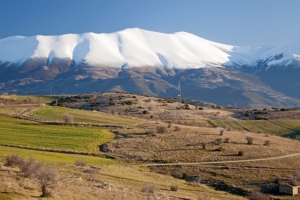 Interested to read a story about Mount Olympus, while improving your Greek listening skills? Then listen to the Podcast No. 14,
of the Easy Greek Story Podcast 🙂

Just listen to one more  beautiful song about this interesting city first,  and you are ready to go! 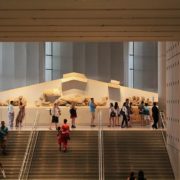 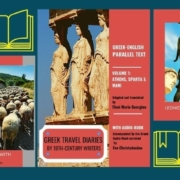 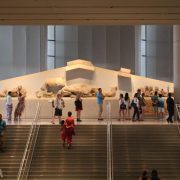 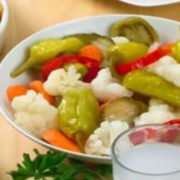 How I heard about Omilo, and started learning Greek :)