Maybe you recently ordered a FIX beer in Greece? There are plenty of beers to choose from on the Greek market (Mythos, Alfa, Yellow Donkey, Nissos, Vergina …), but let’s have a look at the Fix beer. A beer with an interesting history, as well as its own building in center Athens!

Since 2016, the former Fix brewery building opened its doors as the “Athens Museum of Contemporary Art”. EMST (

The museum’s activity is divided between hosting its permanent collection, periodical exhibitions and events.

How to reach the EMST

It is easy to reach since it is located exactly at the FIX metro station (Red line) or at 15 minutes on foot from the Acropolis Museum.
Click here for opening hours and directions: http://www.emst.gr/en/contact 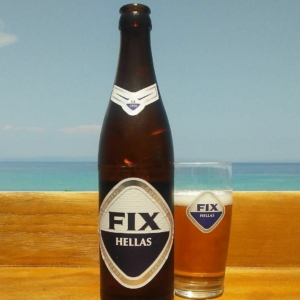 The Fix beer is on the market again since 2010, but now brewed in another plant. Here are some interesting facts.

The Past; When and how it all started?

1864 The FIX beer gained popularity among Greeks, became fashionable and started expanding all over Athens

1893 The business was very succesful and the space was no longer sufficient. Ioannis Fix decided to move his residence and shop to Syggrou Avenue (the same address as where the building is now). His son joined and a few years later the building became a steam-powered plant, which was equipped with the best beer-making machinery for that period.

1900 – 1922 FIX became the synonym of beer in Greece and was present everywhere.

1957 The “predominance” of FIX continued and architect Takis Zenetos was entrusted with the refurbishment and expansion of the plant in Syggrou Avenue.

1961 The brand new brewery in Syggrou Avenue was ready. It was a state-of-the-art plant both in terms of equipment and design. The ground floor, for example, was totally covered with glass allowing people passing by from outside to see the beer making process!

1982 Due to political conflicts and the intense competition of new beers that were introduced into the market, the plant closed down, putting an end to the production of the FIX beer. For the following years the Fix building remains unused.

1994 A compulsory expropriation on public benefit grounds brings the building under the ownership of Attiko Metro S.A. The northern part of the building is demolished to make room for the subway construction works, and the adjacent FIX metro station is built and opened in early 2000. (Red Metro Line)

2000 The facility is turned over to the newly-established National Museum of Contemporary Art (EMST) as a temporary venue. It is eventually decided for the building to become the Museum’s permanent base.

2009 Three Greek businessmen took over the company Ολυμπιακή Ζυθοποιία (Olympic Brewery) as well as the trade mark of the oldest Greek beer, FIX Hellas. And that is how its story of beer restarted…in another building though!

The museum was completed in 2014 but has largely remained closed because of financial and bureaucratic obstacles.  However, this €37 million project has certainly been worth waiting for. The reconstruction was completed in February 2014.

2016 The new EMST Museum opened its door in the redesigned Fix building.

The EMST also hosted the Documenta’s main exhibition in Athens, from April till July 2017.

Have a look at our photo-album. 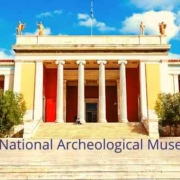 The Acropolis Museum in Athens, its past and present
Nach oben scrollen